Daniel Mendelenyi successfully defended his DBA thesis in Paris on 27th september. Coming from Hungaria, he’s spent 4 years within Toulouse Business School studying and searching for models, on how to do sustainable, long term business with chinese companies in the west. 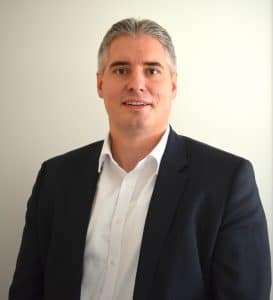 « A few words about you?

I’m ambassador of Hungary. Responsible for major international business dialogues mainly in Asia, also in Africa, and in the US, for the government. This is a part-time job. I’m ambassador at large, which means I’m not an ambassador in residence. I’m trying to generate economical advantage for the country. My request in this job is to stay flexible.

I also have an investment firm and legally I cannot manage companies. But I own the company and I have a great management team. The company invests into several fields: IT, food, beverages, banking, mainly in the US and in Europe.

Why did you choose the DBA of Toulouse Business School?

I was working for the government for 10 months as the head of the office responsible for the Chinese negotiations. Before that I was working for Siemens, as the country CEO for Siemens IT solutions and services but I had no relations with China. So when I joined the government job, my task was to attract Chinese investors who develop something big, something large scaled.  I told my boss that I had never done it before. So I went to the library to read about it, to learn about how the others did. But I found nothing about this topic. There were a lot of researches, a lot of books, a lot of journals, articles on how to invest in companies, how some businesses are doing. But how to do that in Europe or in North America, there was nothing.  So I decided I’d be off the job and start doing some research on that.

So I left the government and decided it was time working on the research. I very fast learned that it was not enough if I was just researching myself. I started to understand that I had to learn the research methods. So I started looking for a school.

How did you finally get to know TBS?

There were two major aspects I was looking for : 1st to have a business school with an AACSB accreditation. So I went on the website of AACSB and looked for schools not further than two hours from Budapest. Then I narrowed done my search. I had a list of schools, I started to visit the websites of these schools, I also called people who either graduated or were in the programs, I got great feedbacks and I believe I chose the best school.

So you got enrolled for 4 years in TBS, how did it go?

I was studying part-time, coming to Toulouse once every other month. The group was spending one week together, in Toulouse, in Paris or in Barcelona. I had an amazing supervisor and I’ve learned so much from him. During my DBA, when I was talking about him with my classmates, they were all saying he’s amazing. He was also lecturing for us.

Would you recommend this DBA?

Yes, definitely because of the quality. It’s also a good choice if you have a professional and family life because you can balance. It’s not a whole lot of work but if you don’t work besides your classrooms you are not going to complete. That was my learning all along the program, that it’s not enough just to come down to the class, you have to find time to learn and study.

You are officially a doctor. What’s next?

Well, I’m today working, partially for government, partially for private company. What changes in my life is that I know how to do research to benefit companies, I know how to think in theories and how to transfer theory into the real managerial life. Maybe I’m not going to use it right away, but I’m pretty sure I will use it. On the other hand I also learned a lot during the regular class programs, although I’ll be managing companies, now I know how to structure the knowledge I already had. » 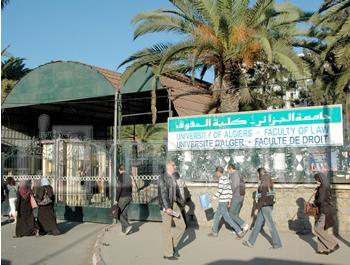